Ecosystems’ So finds business in the recycling of wastewater

19 Feb Ecosystems’ So finds business in the recycling of wastewater

Posted at 04:03h in News by rj.tamayo@ecosystemtech.com 0 Comments
1 Like

This post was originally published at https://businessmirror.com.ph by Rizal Raoul Reyes on February 13, 2019. 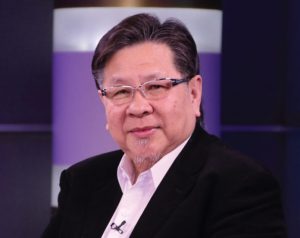 Dr. Robert So, Chairman of the Board, Ecosystem Technologies Int’l, Inc.,

In his younger days, Dr. Robert So, chairman of Ecosystems Technologies Inc., was amazed by his father’s stories on the pristine state of the Pasig River. He added that his father also used to take a dip in the mighty river under the Jones Bridge in Escolta, Manila.

So said this is a thing of the past as Pasig River’s condition has gone from bad to worse. It was also declared once as a dead river.

“It [the Pasig River] symbolizes how the Philippines has regressed,” So told the BusinessMirror in a recent interview. But his bout with amoebiasis was a game changer for the mechanical engineering graduate from the University of Santo Tomas.

“It was in the mid-1980s that I started my interest in water. Nonetheless, as we moved forward, I was fortunate to be able to study [about] water under several mentors. I had also advanced studies on various technologies of water and I realized that these technologies are not made for countries like ours,” So explained.

Without a genuine and comprehensive urban planning in Metro Manila, the quality of water deteriorated. Exacerbating the problem was the nonavailability of space to build a sewage treatment plant infrastructure. Being a mechanical engineer by profession, So has to find a solution that will address this gargantuan problem.

As a result,Ecosystems introduced the Sequencing Batch Reactor technology in 1995 despite severe skepticism from the consultants and competitors at the time. To address the problem of space, So said the SBR would be installed underground. The SBR allows the biological recovery of multiple sources of contaminated water for potable and non-potable uses.

“The key to the biological process of the machine depends on the growth of microorganisms that works on 24×7-basis,” he said.

The Cebu City Light Garden condominium in Lahug area was their first client. At present, the company uses four units for their sewage treatment needs.

“It first became controversial when it became successful,” he said.

“Many claimed it was done by their companies but we have patents to back our claims. When we designed the plant, we made it sure it will be coterminous with the life of the building,” So added.

In 2002, Ecosystems Technologies 2002 also helped De La Salle University install its water reuse facility, a first in the Philippines, for its football field care and maintenance.

Since 2002, So said Ecosystems has been active in recycling water. He said SM Prime Holdings is one of the beneficiaries of their water recycling technology. As of 2017, SM Prime has been able to save 5.76 billion liters of water worth P300 million.

Moreover, So said, Ecosystems was able to help SM Malls save over 4 million cubic meters of recycled water since it started using wastewater for toilet flushing, grounds keeping, plant care and cooling towers in 2016 alone.

Property giant Ayala Land Inc., is another major client of Ecosystems Technologies. Other big name clients are Amanpulo, Shang Properties and Ortigas & Co. Some of the projects are located along the Manila Bay; these include sewerage treatment plants, or STPs, in the City of Dreams, in Okada Manila, SM Mall of Asia and the US Embassy Manila in Roxas Boulevard. Aside from helping the country to produce clean water, So said, the company wants to help in managing the country’s water resources. It has a solid track record as it completed more than 600 projects over the last 23 years.

Ecosystem, which is part of the MVP Group, claimed its STPs stands above the competition, allowing the developers to recycle the water for non-potable application use, such as rest rooms, firefighting, and plant care or landscape maintenance. The SBR technology is the core of the company’s water recycling initiatives.

In 2018, the technology was recognized by the Department of Science and Technology in its Technology Fair as a viable solution for water security and sanitation.

Now on its third generation, the technology has been deployed by Ecosystem to over 600 projects in the property development, as well as the industrial sectors all over the Philippines. For his innovations in green business, So was cited in 2008 as one of the nine “Most Inspiring Biotech Entrepreneurs” and was conferred a biotech award by the GoNegosyo organization for pioneering the use of biotechnology in used water treatment and for Ecosystem’s contribution in the development of biotechnology in the Philippines.

In 2010, he joined the ABS-CBN Lingkod Kapamilya Foundation in partnership in its Kapit Bisig Para sa Ilog Pasig Program to rehabilitate the Pasig River, as water technology consultant for the program. At present, he remains a member of the board of advisers of Bantay Kalikasan.

In 2015, So was recognized by Asia CEO Awards as technology company of the year and conferred the certificate for ISO 9000:2001 for Quality Management.

In 2016, he launched a joint venture with Metropac Water Investments Inc., joining the Metro Pacific Investments Corp. family aiming to make the country a center of excellence in water technology and sharing the technology to the Asean region.

Sorry, the comment form is closed at this time.